In February, a special "Thank You and Celebration" service was organised to recognize how well we were going at paying off our debts.  This was followed by a church business meeting to discuss the proposed building extensions.
Geoff Risson returned to Kenmore Christian College not as a student but as a part-time lecturer.  Geoff's other extra curricular activities included President of the Churches of Christ Minister's Fraternal, Secretary of the Kenmore Christian College Board of Management and teaching Religious Education, along with other members of our church, at Grovely and Ferny Hills State Schools and Mitchelton High School.  As this was Geoff's 3rd year in ministry at Arana Hills, he was successfully invited to stay for a further 3 years.
The Bible School and youth groups had another full year.  Following on from the success of "Music Machine" in 1981, a bigger venue, Ferny Hills State School auditorium was required to present "Cool in the Furnace" which once again received rave reviews.
Two weekly after school clubs were commenced and sponsored by the Bible School. A third started in the second half of the year. The Sonshiners not wanting to be left out also put on regular presentations. 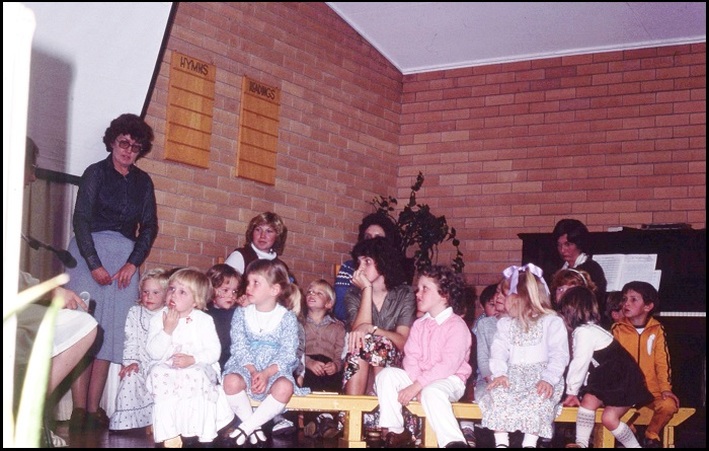 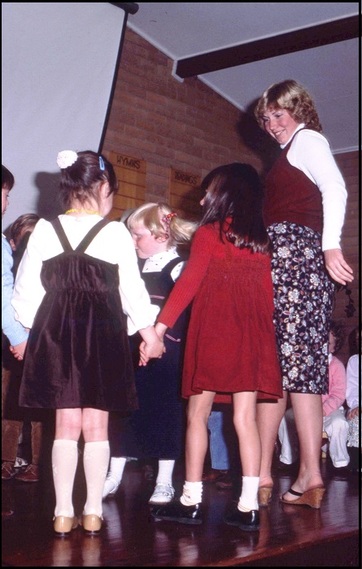 By the end of the year some rough plans and estimated for the building extension were starting to take shape. At first glance, the initial costings were a bit of a heart-stopper. So the hot topics of conversation became how do we raise the funds or how do we cut or trim building costs?
​Watch this space.
Active members: 79   Bible School: 107
Back to Snippet 16-1981  -  Go to Snippet 18-1983